Performing Resistance is the opening exhibition of Artists’ Film International. Organized annually since 2009 by the Whitechapel Gallery, Artists' Film International, showcases artists working with film, video and animation, selected by 14 partner organizations around the world and presented over the course of a year at each venue. This is the second season Project 88 has participated, represented by Tejal Shah’s Some Kind of Nature (2013-2014). In addition, for Project 88’s show, Shah has also selected other video works to be screened alongside her new three channel video installation accompanied by a photographic work. Shah’s selection comprises: Masooda Noora’s …, 2013, Milica Tomic’s One day, instead of one night, A burst of machine-gun fire will flash, If light cannot come otherwise (Oskar Davi?o – fragment of a poem), 2009 and Zarghuna Hotak’s I and You. Hailing from across three generations and diverse geo-socio-political frameworks of Serbia, Afghanistan and India, the four artists’ works are marked by performative gestures within public or domestic spheres. The works bring us political and poetic insights that playfully resist systemic forces. As it happens, Performing Resistance is also a term used in exercise and body training culture and is echoed here as each work also underscores the labouring body of the artist. Tejal Shah’s video installation, Some Kind of Nature (2013-14) paints a surreal and mystical picture, which acts as an allegory for humankind’s relationship to nature. She is interested in the (entangled) moment of becoming where human and nature collapse asindependent, self-contained entities and emerge as a dense network of interdependences. Continuing to build on her personal cosmology of symbolisms while observing, meditating and performing in and with the landscapes, the artist reminds us that vision is a creation and not just a perception. The images we see compel us to see beyond and behind what is seen. With special and sensual attention to rocks and trees, amplifying the poetry inherent in them, these inanimate beings begin to come alive and unfurl a communication of their own. Here too, she inserts her humanimal, proboscidean, masked creature who seems to be searching for its own meaning, origin and identity. Shot entirely in Goa (the artist’s new home base) including the heritage site of Usgalimal Petroglyphs that are approximately 20,000 - 30,000 years old, the installation speaks to the interspecies anxiety we are experiencing in the anthropocene. Camera : Sunaina Singh, Tejal Shah | Editing : Dhanya Pilo | Sound : Arthur Morz, Tejal Shah | Assistant : Arfah Shafiq, Priya Pointner One day, instead of one night, a burst of machine-gun fire will flash, if light cannot come otherwise is titled after a poem by Yugoslav partisan and writer Oskar Davico. This video documents walking actions MilicaTomic carried out over two months in 2009 in which she revisited forgotten sites in Belgrade where anti-Fascist action were mounted by members of the People Liberation Struggle during WWII. It shows a tall woman, the artist herself, walking down Belgrade streets carrying a grocery bag in one hand and a machine gun in the other. The camera follows her from a distance, capturing indifferent scenery; she walks completely unnoticed, nobody reacts. The sound track is composed of extracts from interviews conducted with members of the anti-Fascist and Communist movements in Belgrade, people who took part in the historical actions she commemorates. The atmosphere of apathy on the street is juxtaposed with passionate statements and convictions expressed by the activists. The action also bears a symbolic dedication to the young members of the Anarcho-Syndicalist Initiative, who around the time the artist conducted her actions were accused of an act of international terrorism for protesting in front of the Greek Embassy in Belgrade in solidarity with demonstrations in Greece. Tomi?’s public intervention symbolically builds a non-material monument to the political imagination, its past and its present. Her work addresses social amnesia and the erasure of the memory of the anti-Fascist struggle of the People Liberation Struggle, and reveals its relevance to the present moment with its invisible forms of fascism embedded in the administration of social life. Zarghuna Hotak’s I and You is a single shot video that uses a very simple, yet powerful gesture to speak about the fraught political condition in Afghanistan. An endless cycle of cleanup’s that seem to leave a messy trail behind. We know that globally, in the ongoing context of war, conflict and fundamentalisms, women pay a higher price. 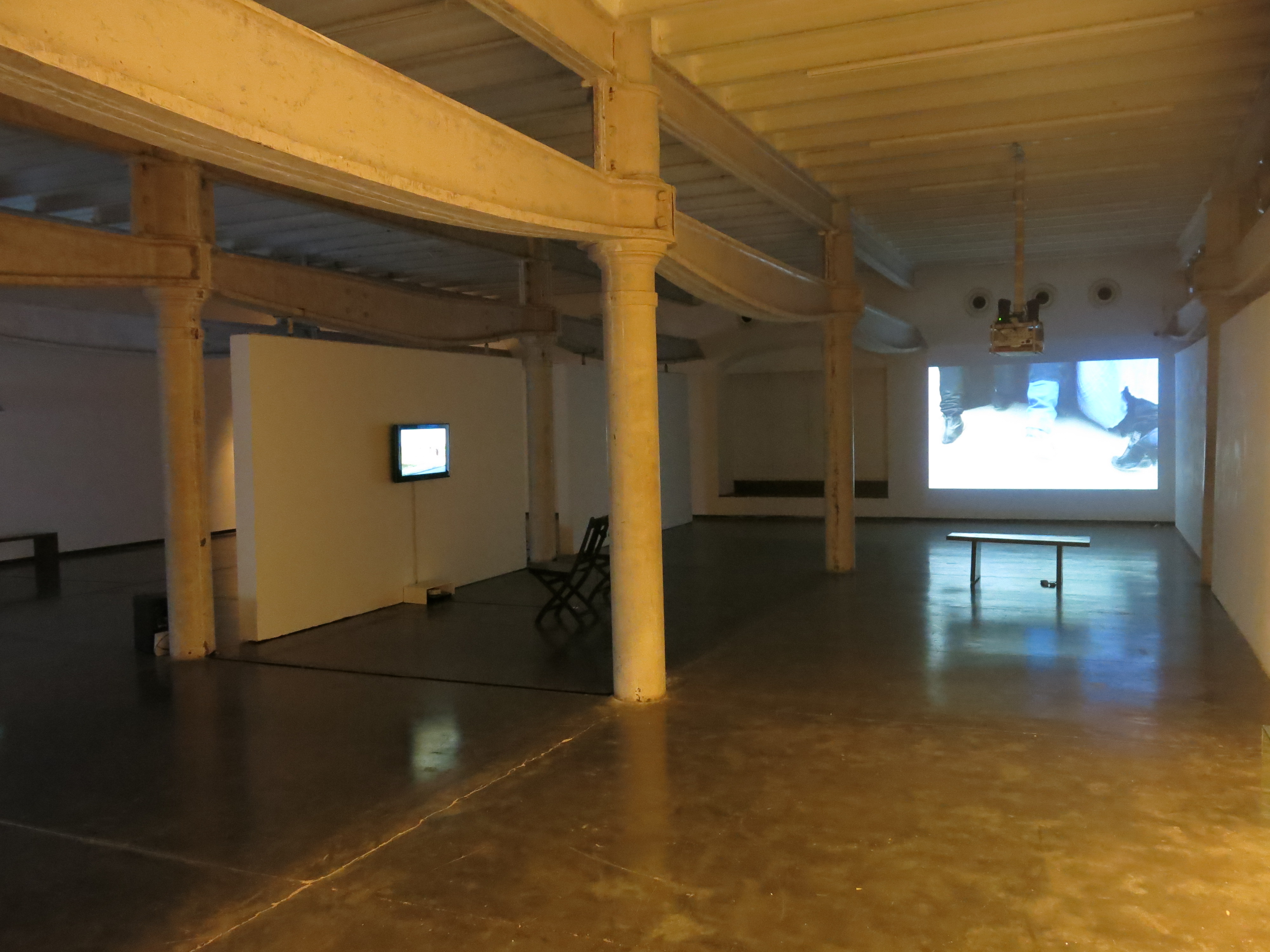 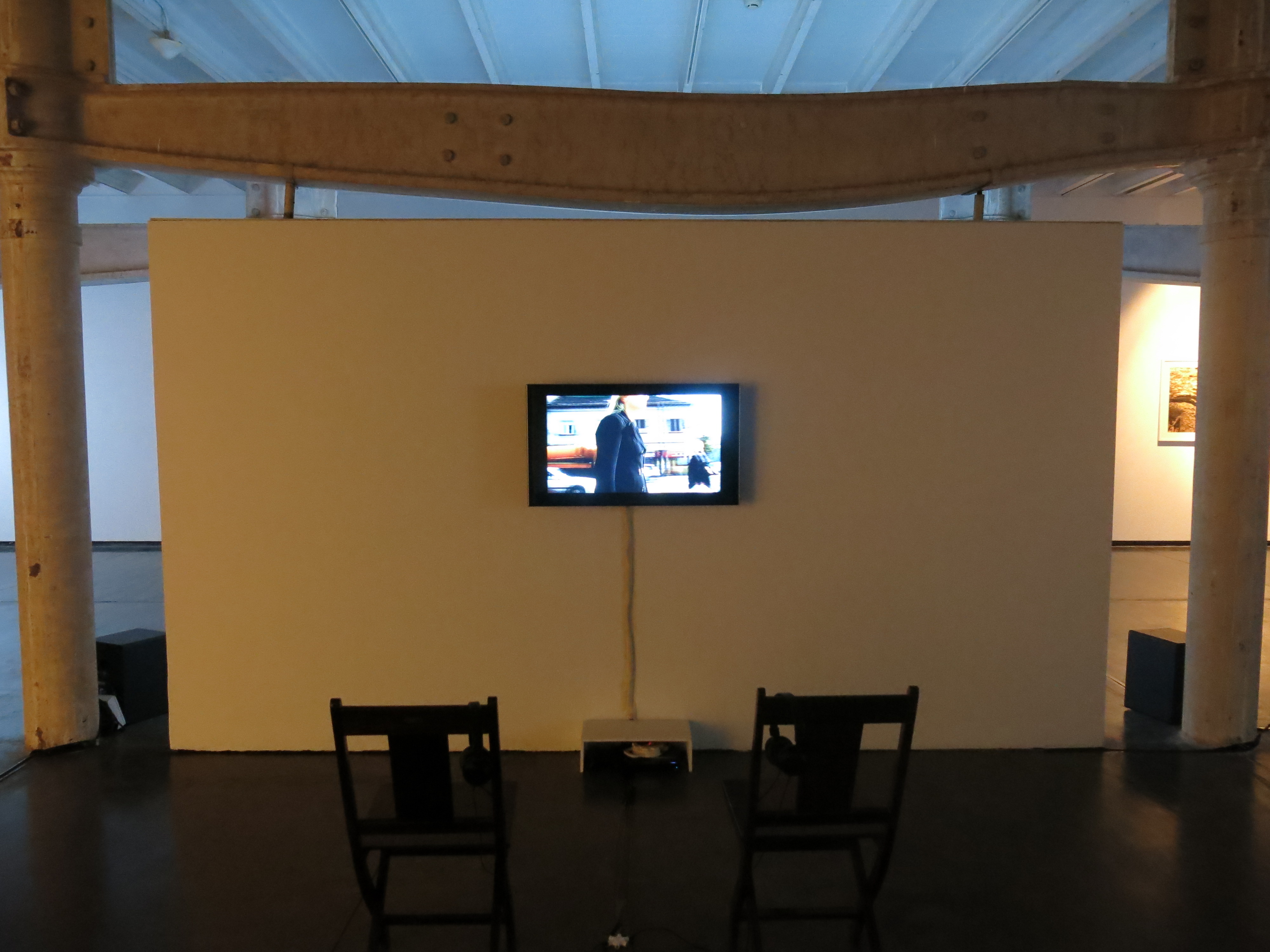 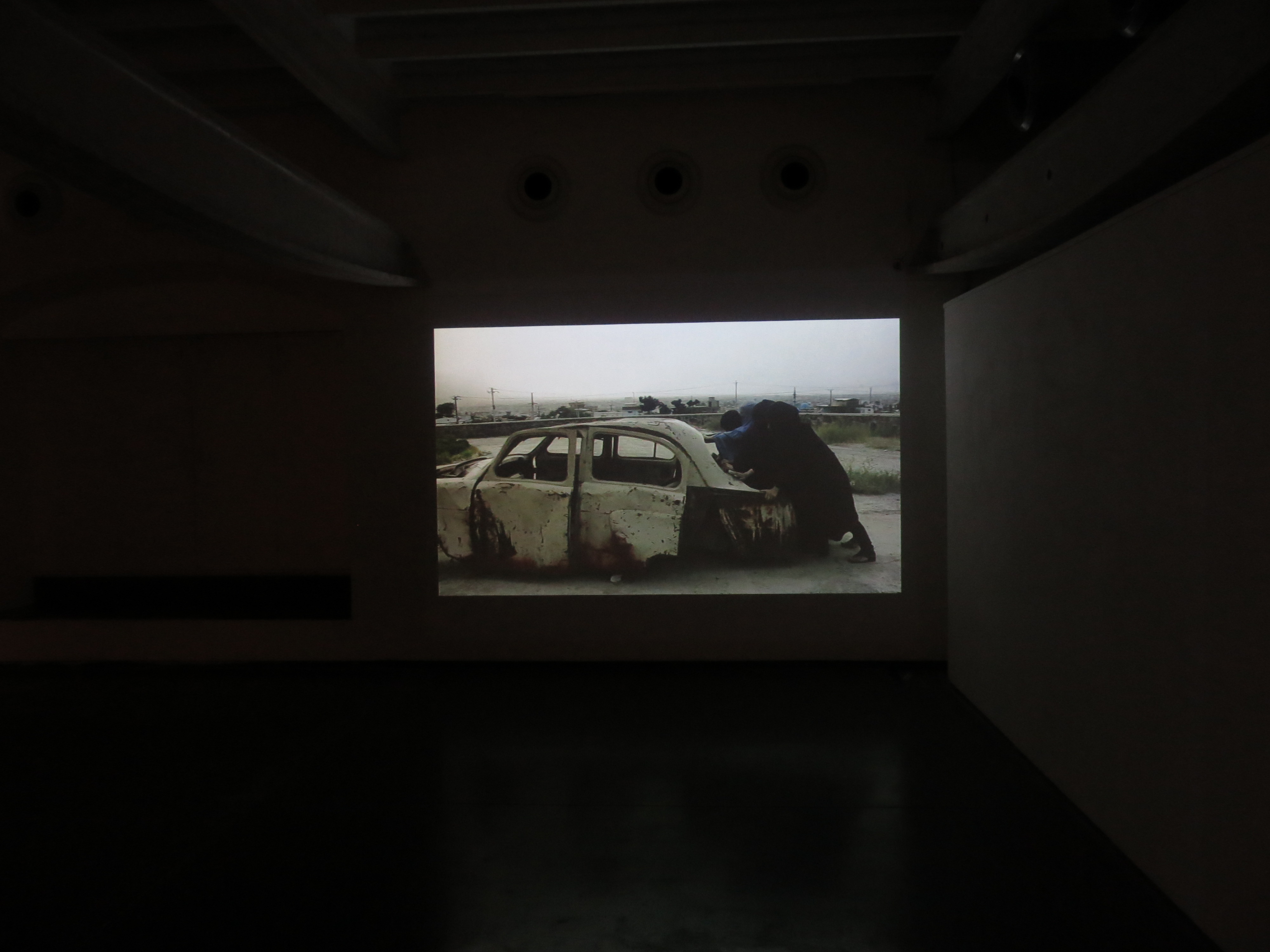 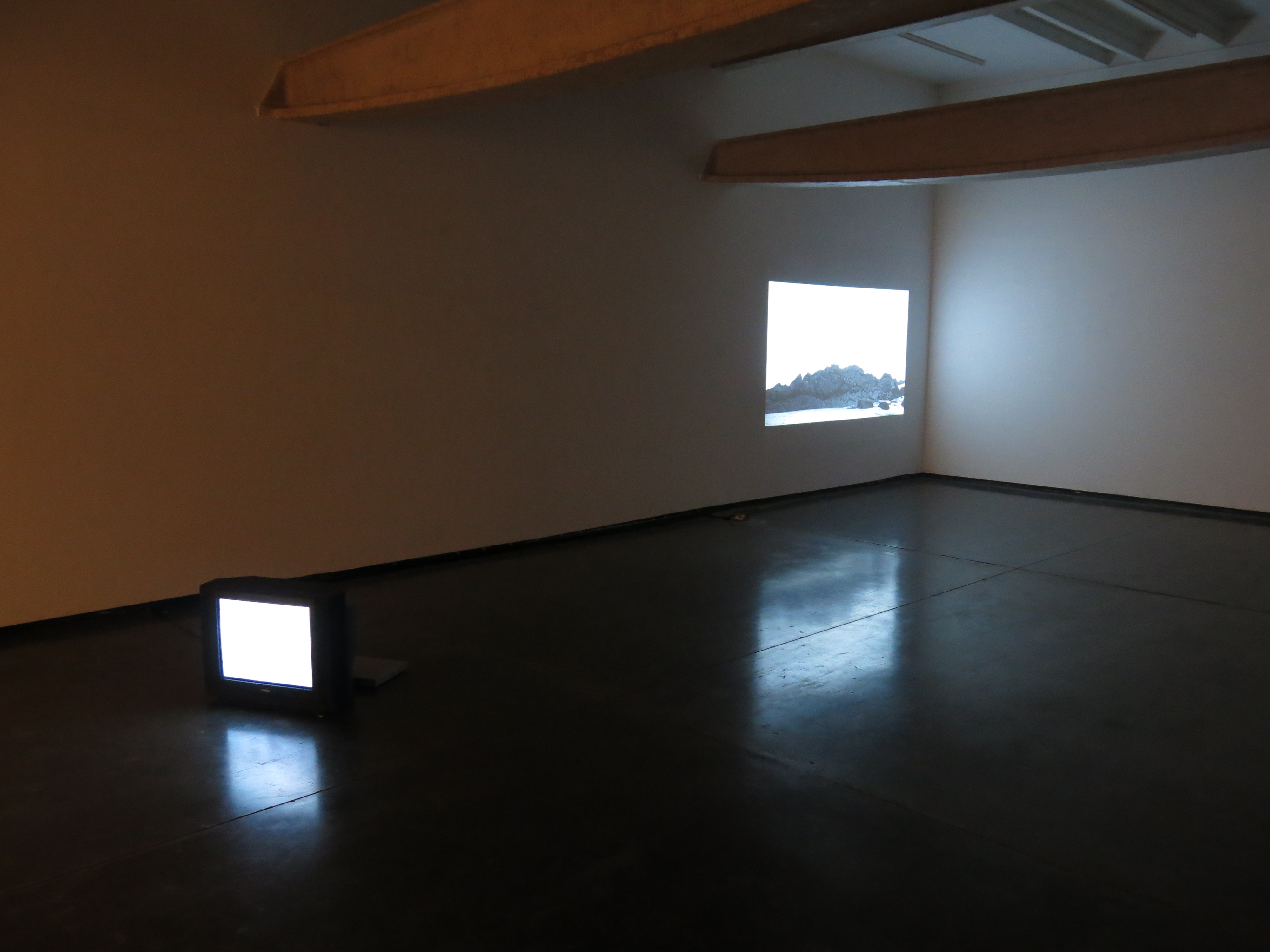 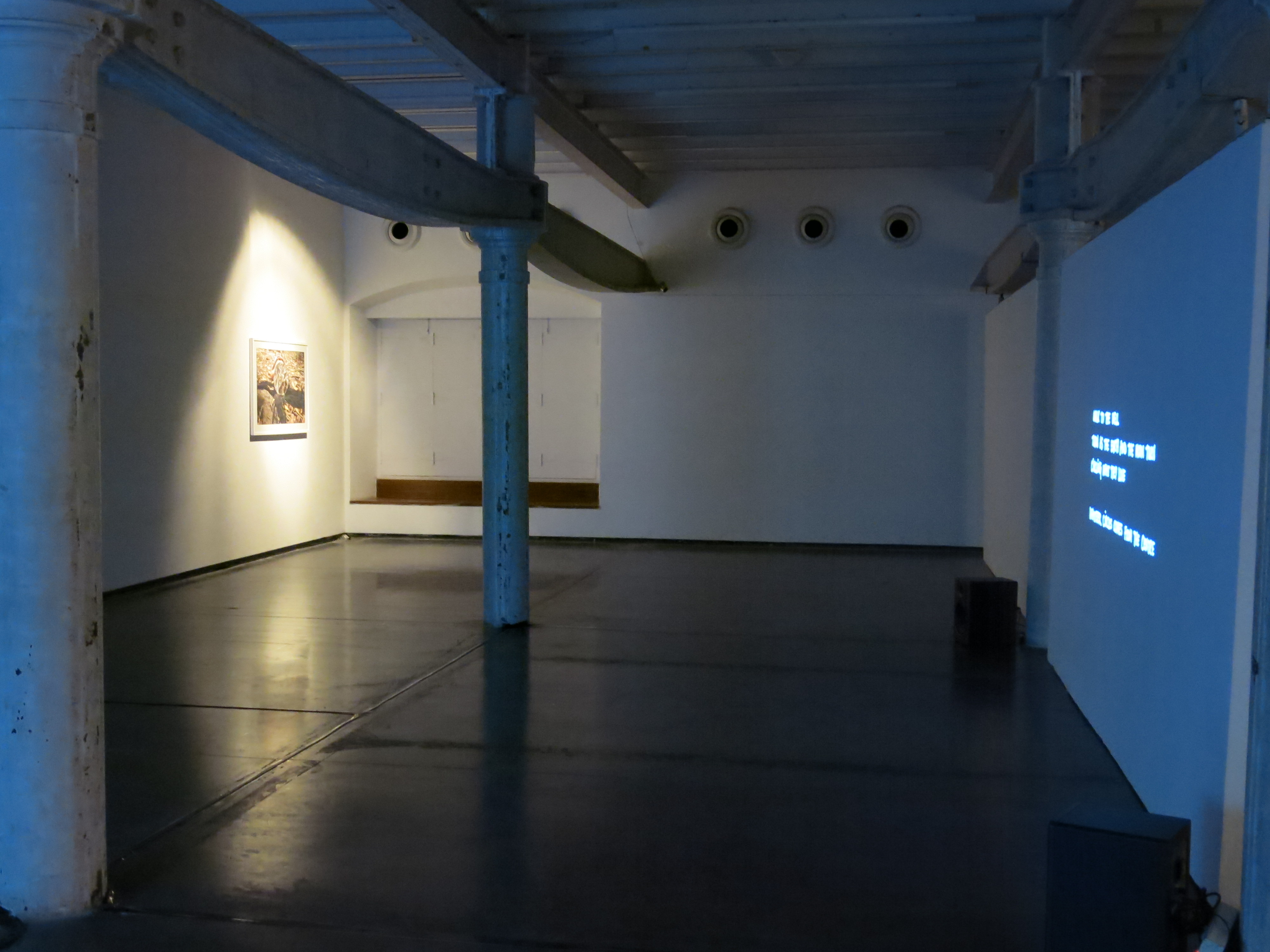 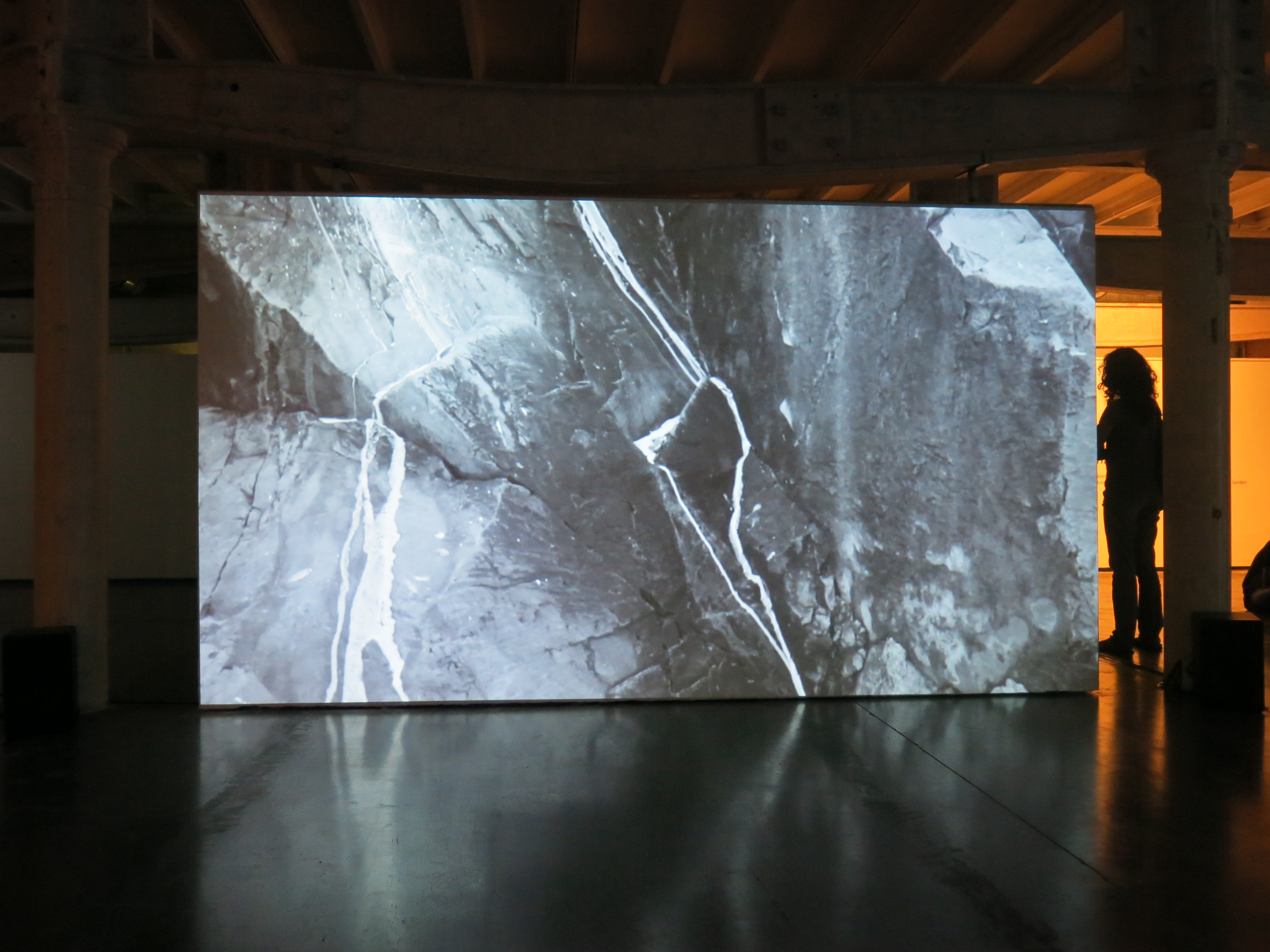 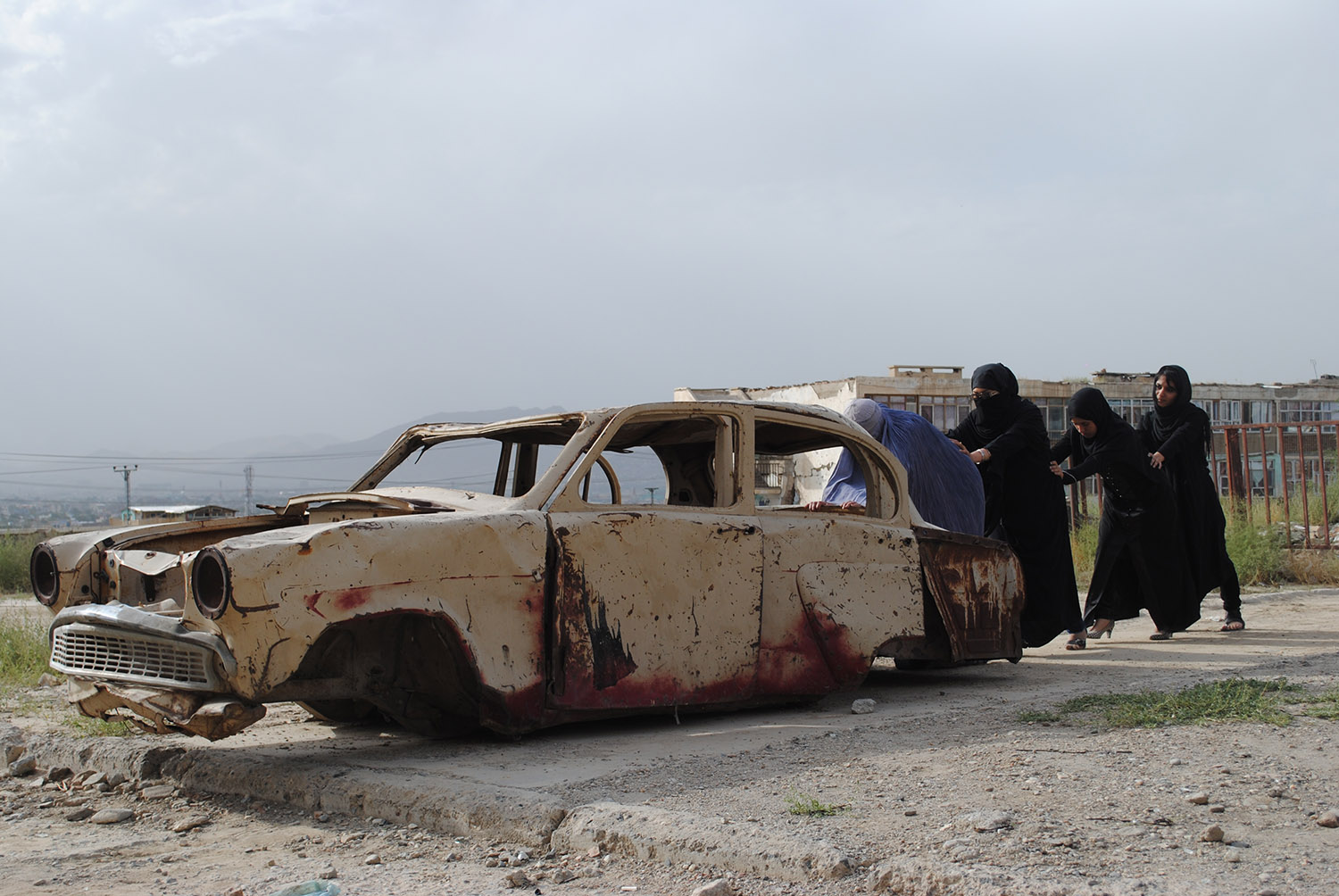 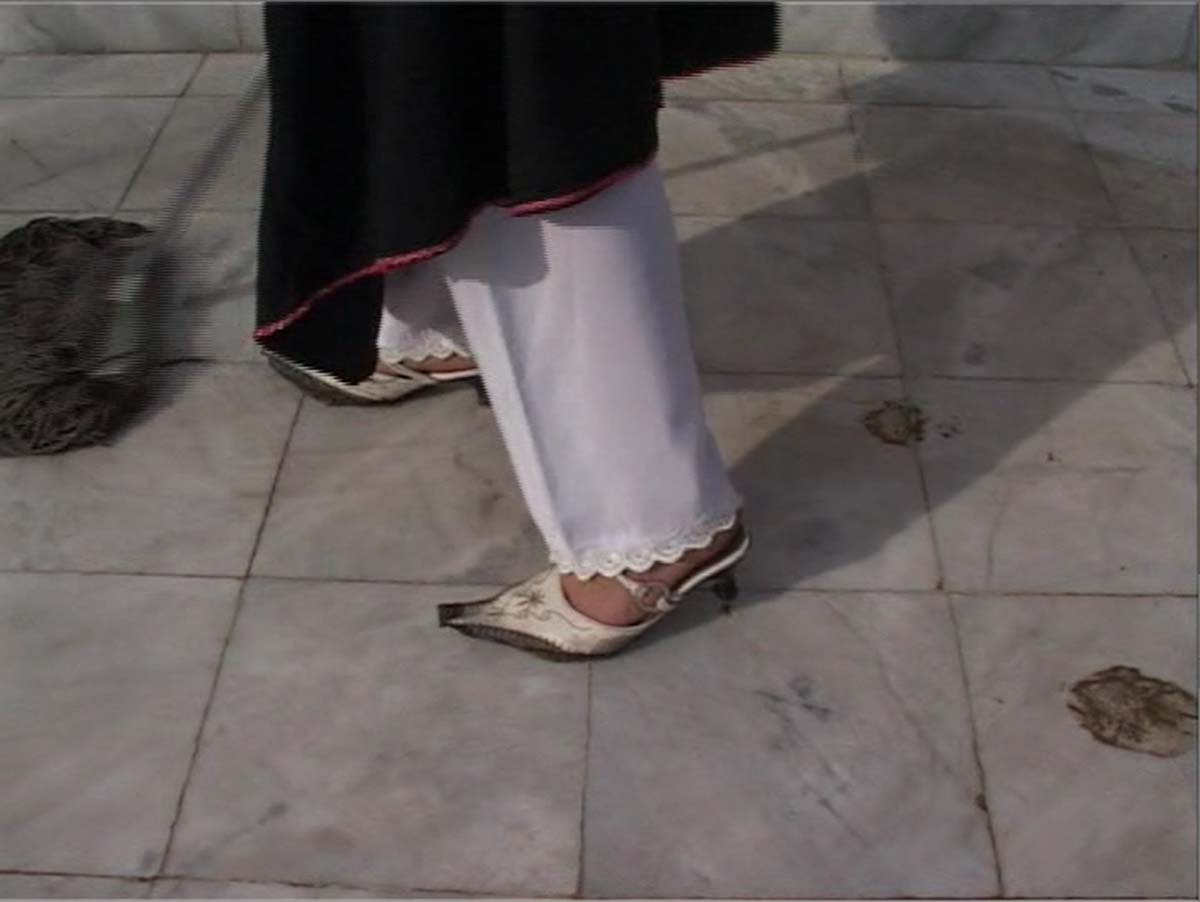 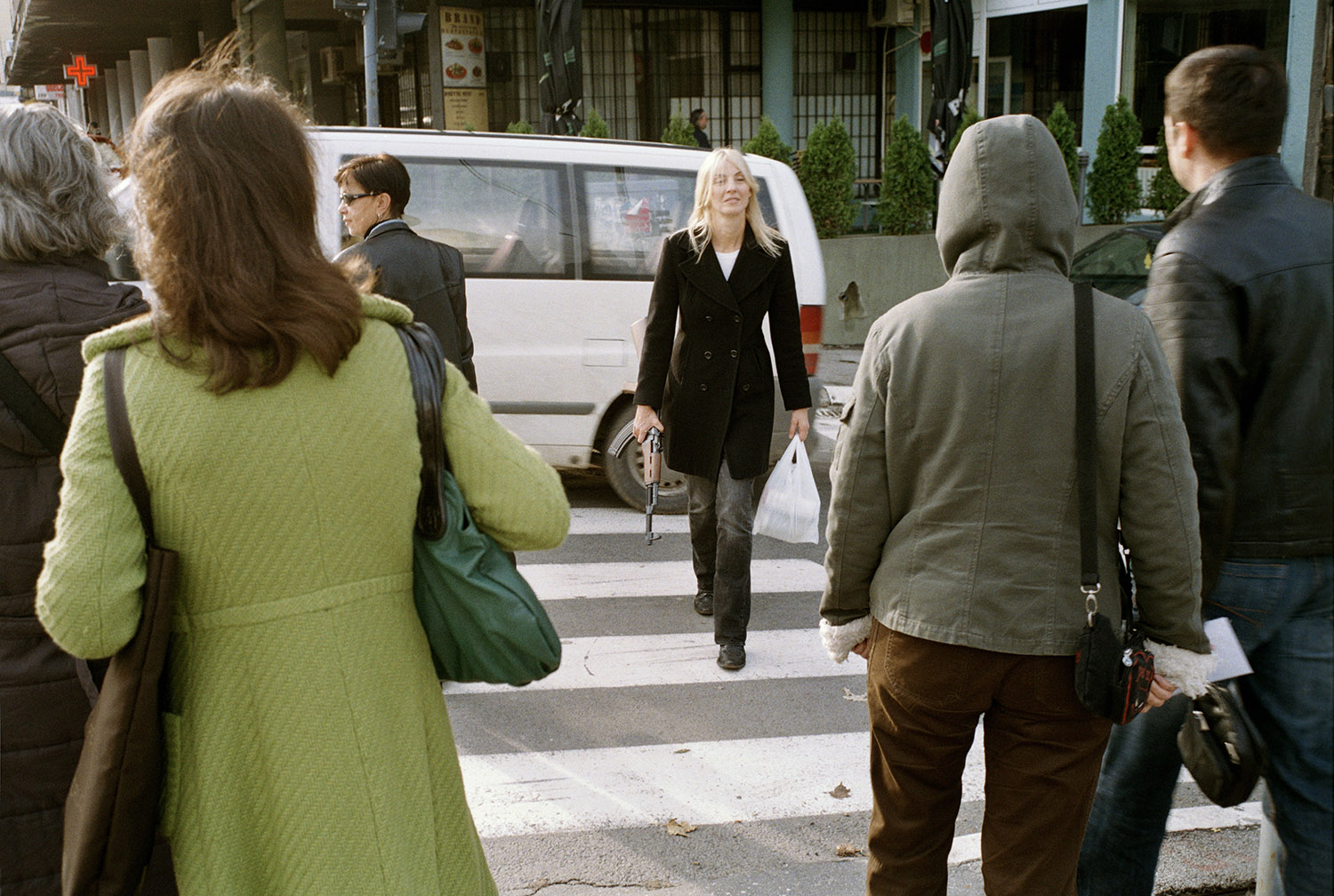 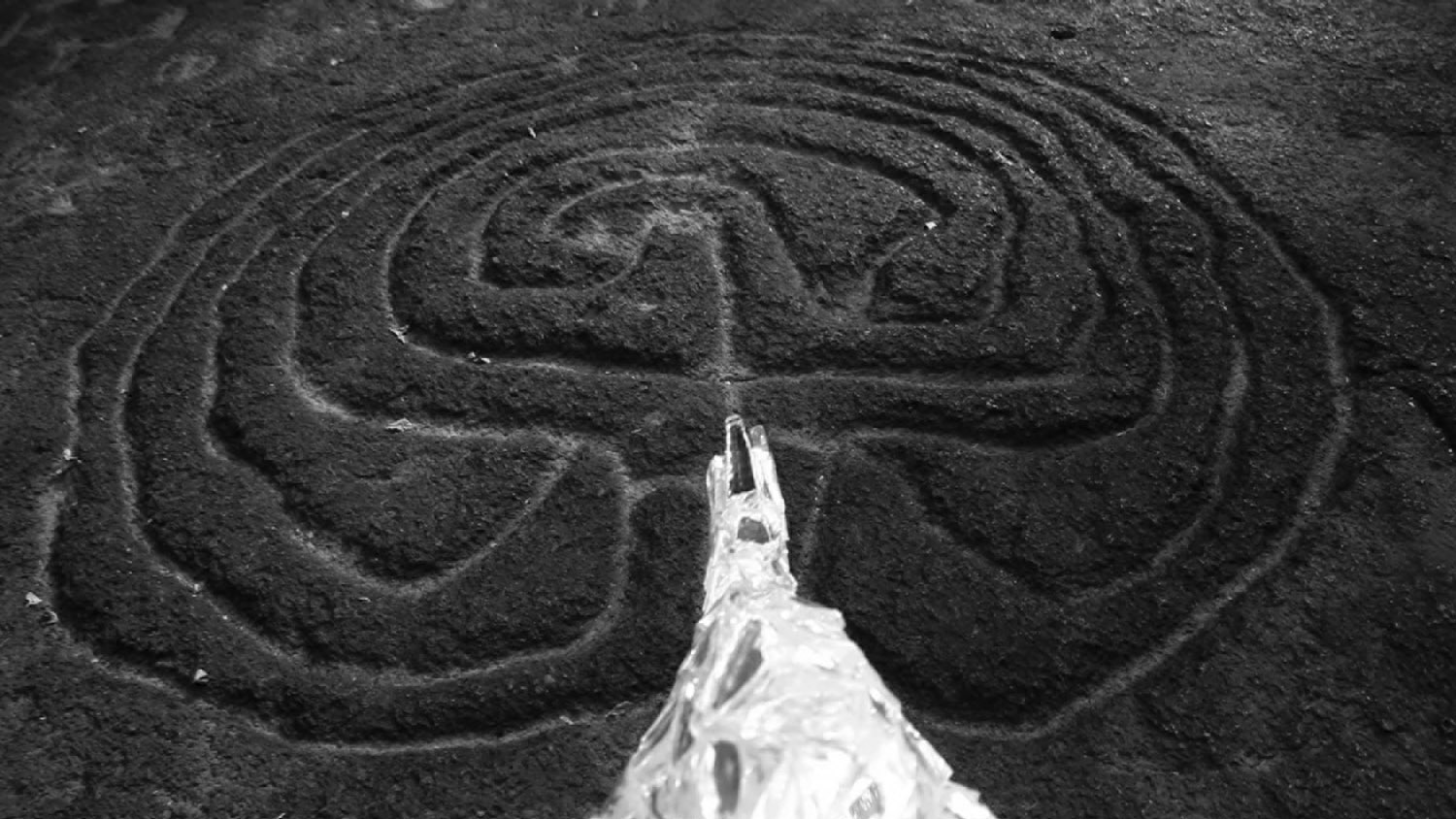