Berlinale 2020: Your guide to the films and installations from the Middle East

From Emily Jacir’s ode to her home town to Karim Ainouz’s documentary about Algerian activism, here are the regional works screening at the film festival 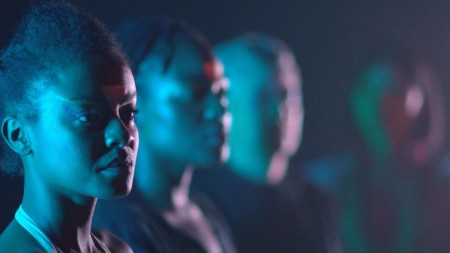 When the 70th Berlin International Film Festival announced this year’s main competition films back in December, cinema fans in the region may have been disappointed to see a distinct lack of works from the Arab world among the candidates for the top prize.

The situation was repeated when the festival announced its shorts programme in January, and it began to appear, despite the presence of directors Annemarie Jacir and Hala Lofty on the festival’s juries, that we may be in for a decidedly dry year for the region.

Thankfully, however, now that the full festival line-up has been revealed, the balance has been redressed somewhat. From features starring international A-listers in the festival’s Panorama section, which this year focuses on migration, to shorts and installations in the forum section, which aims to look at topics including racism, sexism and climate crisis in a non-traditional way, the Berlinale 2020 will screen a diverse mixture of works from the Arab world.

The Berlinale runs from Thursday, February 20 to Sunday, March 1, and this year marks the first festival under the leadership of artistic director Carlo Chatrian and executive director Mariette Rissenbeek.

Here are the highlights from the region in this year’s programme.

‘Infinity Minus Infinity’ by The Otolith Group

The Otolith Group’s part-UAE-funded Infinity Minus Infinity explores racism in today’s British society via the fate of the Caribbean immigrants of the Windrush generation. Their installation uses dance, music, recital and animation to examine the relationship between capitalism and racism and intertwines these with the repercussions of climate policy.